Questioning The 9-to-5: What Flex Work Unlocks 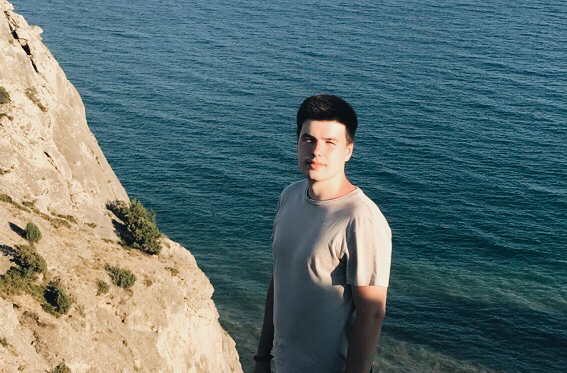 When I first joined the Turtle team, I wanted to spend some time getting to know and understand what makes the client and developer relationships different on Turtle. Time and time again, I kept hearing from both sides that it was all about the people. There seemed to be a strong undercurrent of happiness, respect, and lives well-lived that helped teams push projects forward successfully.

As someone who recently relocated from a city to a California mountain town, I was particularly interested in how remote teams and flex schedules contributed to engagement and work quality. Our CTO, Venkat, told me I really ought to speak with Roman, a freelance developer on Turtle who was not only incredibly talented but was thriving by setting his own schedule.

A quick chat intro on Turtle and a video link later, and Roman appeared jovially on my screen, while I took a moment to do a time zone calculation between California and Russia.

“Oh, I just like to live in the US time zone,” he explained, “Usually starting work in the afternoon here and finishing up in the late evening. It’s very comfortable to work exactly when you want. My mornings are great, I usually wake up, check the Turtle app and Slack and have some coffee before starting my day. I start my work in the late afternoon.”

An avid biker and outdoorsman, he typically spends his summer days outside, traveling and exploring Southern Russia. When the global pandemic reached his town in March, Roman found himself inside more than usual. An old hobby of playing a game of computer chess has emerged as a favorite daily isolation routine, in place of biking.

Roman lives in Rostov-on-Don, near the Sea of Azov and the Black Sea. The flexibility of working through Turtle and setting his own hours has been a win-win for him and his US clients, giving Roman time to get out and enjoy the day while still being available for sync and async work.

He’s been freelancing about 40 hours per week through Turtle, splitting his time across a couple of US-based startups. He shared a bit with me about Yogi, a company building a customer-facing app to help brands understand huge datasets of unstructured customer feedback. Most recently, Roman and Yogi have been creating a new UI that makes it easy to view huge amounts of data at once.

“It’s been a very interesting opportunity to work with them, integrating with their team, and an opportunity to learn and come up with new solutions. Right now, we need to sprint to get the release ready for next week to debut new features for a client. We’re always trying to compare and prioritize what is most important.”

“Integrating with their team” really stuck out to me when Roman mentioned it- Yogi had said the same thing about Roman. This felt like the secret sauce of working through Turtle. Teams could expand and contract as needed, and everyone felt like they were working toward the same goal. Roman cared enough that Yogi’s clients felt like his own. Their sprints were his sprints too.

“That’s the killer feature of Turtle: It’s a lovely team. It’s very comfortable to work in an environment where others appreciate you and your work. In other freelance jobs I’ve taken, there was never gratitude or good feedback, or you only heard from clients if there was a problem. The Turtle community and clients are very respectful and appreciative of me and of my time.”

Throughout our conversation, it became clear that the relationships were successful because of a shared interest in building something incredible. Both freelancers and startups respectfully view the other as entrepreneurs. Neither thinks of their work as a 9-5 day job or as a small side project. Both are passionate about creating impactful products for people, while living a balanced life.

To that, Roman added, “As summer approaches and if the isolation period lifts, I’ll likely shift my schedule a bit to make some time to see friends in the evenings here. It’s important.”

Interested in what flexible, remote work can unlock for you or your company? Get in touch with me anytime: emily@turtle.dev